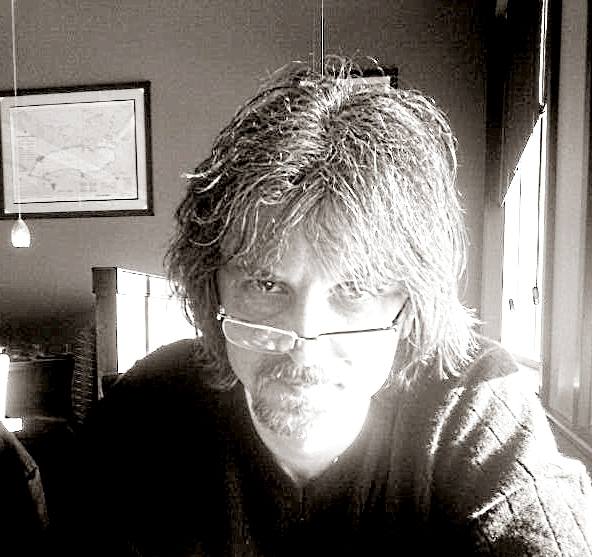 At last, painter sculptor Alexander Gutyrya’s enthralling vision of life, death and the human condition is available in a single space. Born in Bakhmut, Ukraine, Mr. Gutyrya embraces wood, sandstone, and bronze in sculpture, and visceral tones, both hot and cold, in oil on canvass and wood. Whether in paint, or in the round, his works convey to the eye what so many feel in the heart, but rarely express. They quite simply pulse with the personal, freed from the constraints of the private life.

One need only look at the intersecting threads lacing through the scenes to discern his fascination with the intricate patterning found in tapestry. The art of weaving, taught him by a beloved aunt on visits to the factory in the Poltava region of Ukraine where she worked, informs his technique to this day. Sinuous and sensual, the vigorous patterning learned from the woven thread is realized in an entirely new form. Allegorical figures highlighted by spiritual themes are modern, yet timeless; likewise, the landscapes that connote “home” -- at last found -- or still sought after.

Arriving in Canada in 2004, Mr. Gutyrya carries the spirit of his roots forward in sculpture both colossal and demure. Characterized by mammoth ivory, marble and coloured stone to enhance and exaggerate surface texture, the artist’s figures are as much a part of the land as they are the human psyche. Lustrous, raw and beautiful, each piece “speaks” to the internal, coaxing forth the emotion that simmers below.

Graduating from the Donetsk College of Applied Arts in 1985, Mr. Gutyrya’s first exhibit at the Donetsk Museum of Arts marked an honor accorded few emerging artists at that time. Since then, his work has been featured in solo and group exhibitions, finding their way into private collections in Ukraine, Germany, France, Italy, Hungary, Finland, the United States and Canada.

Since 2000 The Ivan Franko Home for the Aged, Mississauga - five paintings, oil on canvas Since 1996 The National Art Museum of Ukraine, Kiev - "Silence", a wooden sculpture Since 1992 The Ukrainian Museum of Canada, Vancouver - "Sviato" ("The Feast"), a carved wooden plaque